Lucifer Was an Archangel: Who is This Powerful Angel?

The Role of the Archangel in Lucifer: Who is This Powerful Angel?

Who is the Archangel Lucifer? The archangel Lucifer is a prominent figure in the religious and spiritual worlds. He is often seen as a fallen angel, one who has been cast out of Heaven due to his rebellion against God. Despite this, Lucifer still holds a special place in the spiritual landscape, thanks to his immense power and influence. In this blog post, we’ll be exploring the role of the archangel in Lucifer and what makes him such an important figure.

Lucifer has been around since ancient times and is widely known as an angel of light. He was originally sent by God to lead other angels in worshiping Him, but he eventually rebelled against his creator and was cast out of Heaven. As a result, Lucifer became known as Satan or “the Devil” by many religions and cultures around the world.

Despite being seen as an evil force by some, Lucifer still remains one of the most powerful figures in spirituality and mythology. He is often associated with knowledge, wisdom, creativity, strength, courage, and freedom – all traits that are highly desirable for those looking for spiritual guidance or enlightenment. This makes Lucifer a great source of insight into our own lives and struggles – if we can learn from him then we can use his teachings to grow spiritually.

In addition to being a source of wisdom and guidance for many people around the world today, it’s also believed that Lucifer plays an important role in protecting us from harm or evil forces. It is said that he guards us against danger while also providing us with strength when we need it most – such as during difficult times or when facing difficult decisions in life.

Many people also believe that Lucifer works closely with other divine beings such as angels or saints to help guide humanity on its path toward enlightenment and truth. For this reason, it’s not uncommon for believers to pray directly to him when seeking answers about something troubling them or needing protection from negative forces at work within their lives.

Ultimately though it’s important to remember that despite being seen by some as an evil force or fallen angel – there are still many positive aspects associated with the archangel known as Lucifer too which shouldn’t be forgotten about either! His immense power combined with his willingness to protect those who seek him out make him an invaluable ally during times of difficulty – so long as we remember not to take advantage of his powers without offering something back in return!

All-in-all exploring the role of Archangel Lucifer provides us with valuable insight into how powerful forces within our universe can help guide us towards enlightenment while protecting us from negative influences at work within our lives too! So if you ever find yourself feeling lost or confused don’t forget about this powerful being whose role should never be overlooked!

Lucifer is also often seen as a symbol of rebellion and freedom. Though he was cast out of Heaven for his disobedience, many people still look up to him and admire his courage to stand up against an oppressive force. This is why some people wear jewelry or clothing with the archangel’s image on it – as a reminder that they too can stand against injustice and oppression.

In addition to being a symbol of courage, Lucifer is also associated with strength and power. It’s said that those who seek out his protection are blessed with an inner strength that cannot be taken away by any external force. This makes him a great ally for anyone looking to take charge of their own destiny and make their dreams come true – no matter how hard the odds may seem! 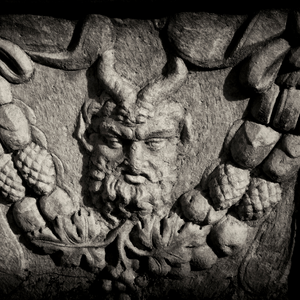 In terms of religion, Lucifer has been seen as both good and evil by different religious sects throughout history. For example, in Christianity, he is portrayed as a fallen angel who tempts humans into sinning while in other religions such as Zoroastrianism he is seen as a benevolent figure who helps guide humanity toward enlightenment through knowledge and wisdom. Despite this difference in opinion though, one thing remains constant – that Lucifer has an immense amount of power that can be used for both good or bad depending on how it’s wielded!

Ultimately exploring the role of Archangel Lucifer helps us understand more about the spiritual world around us – while at the same time showing us how powerful forces within our universe can help guide us towards our goals if we just remain open-minded to their presence! So whether you’re seeking protection from negative forces or looking for guidance during dark times remember this angelic figure whose role should never be overlooked!

We use cookies to ensure that we give you the best experience on our website. If you continue to use this site we will assume that you are happy with it. Ok